Stelio- a graying Greek man who quietly sits at the back of his humble little shop, a purple shop, tucked away in the nook of Athens. It’s full of potions, of spices and drying herbs, of clay and rocks, and of shelves containing the most prized collection of essential oils you will ever see. I timidly approached him one day seeking advice on whether I should buy lavender or witch hazel and he responded with a passionate speech about the history of witch hazel and its mystical properties. And so I asked him another question: “How did you come to open such a special shop?” He lowered his head, let out a humble giggle and said, “It’s a long story,” with an essence of nostalgia in his voice. “Please tell me, even the short version,” I pushed on. And so he did, and this is what he shared with me.

I was a young boy in the heat of summer, always running on the dusty hills of Samos for the holidays. I was in love with the isolated feeling of being in nature. Greece is a special place, you know. There is holiness here; a mystical feeling; a deep and magical history. As a boy, I always felt it, this feeling of being one with the ghost of the past, with the hidden magic in the salty breeze and crumbling cliffs. It was a treat for me to be in nature. Being a city rat I always found it very healing to be in nature; it was new to me, but in a way that made me feel a part of something very old. During the summer I would also spend time with elder people. It was very interesting to me because they were very different to the people in the city. They made and grew all their own food and seemed to know a lot about all the plants around them and how to use them to make medicine. I was very skeptical and didn’t believe that these natural things would work, so at the time I didn’t pay much attention to it. 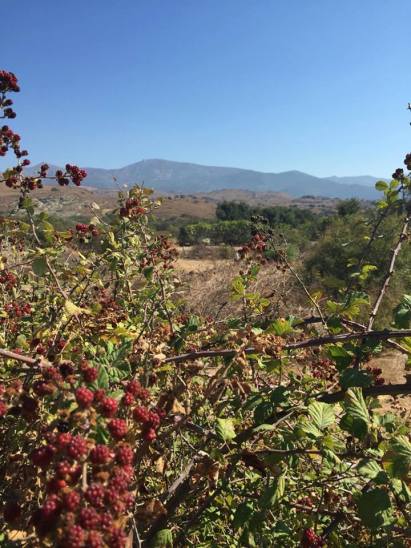 I grew older and visited the island less and less because of other responsibilities. That beautiful phase of my life quickly slipped away when my middle-class family plummeted into debt – really big debt, it was bad. I had to drop out of university and help by brother in his business. It was not a clean business. The mafia was involved – that is all I will say about that. Things began to get dangerous for my family. My brother made a very bad decision and the trust was broken between him and the mafia. We were threatened. Very threatened that we had to split up as a family in order to be safe. It all happened very quickly and I ended up living on the streets for one year.

One thing I can say about living on the streets is: don’t live on the streets. My life was a mess; the life of a lunatic you could say. Eventually the law caught up with me and put me into army training because I was no longer in school. My life went from being bad to being hell. The army training was literal living hell. They took boys and made them men in the worst way possible. One thing our commanders always told us was: “Where logic stops, is where the army starts.” Lucky I wasn’t alone because many other men were going through the same thing as me. In the grit of our pain and dehumanization, we found brotherhood. We formed bonds so strong that they still last even till this day.

Things got better in hell after a while. I got stationed on to the island of Lefkada, which is a beautiful island part of the Ionian Islands. The bluest water you will ever see, so clear and pure it’s like swimming in heavens springs. Life was good. I was one of the higher ranked soldiers so I got off the hook with a few things. I partied a lot, it was very fun. I was a little reckless. One time I was driving one of the Jeeps very fast on the winding roads of the island and I lost control and went off the edge. The jeep rolled down the hill, the windows smashing from all the thick shrubbery. It was serious, the damage of the car. But as for me, I was not too badly hurt. I woke up in the clinic with only a few big wounds and bruises. When leaving the clinic I met an English man – a big man with tattoos all over his arms. He looked at me and said “Arnica. Use Arnica on your wounds.” I was a little confused so I just nodded and continued onward. After a while of being back at camp my wounds were getting serious. They were extremely painful, and I tried everything; all the antibiotics and tubes of disinfectant the clinic would give me. Then I remembered the guy and what he told me. In desperation I found some Arnica, which is a very traditional Greek herb that has anti-inflammatory and anti-bacterial properties alongside reducing pain. I ground it up and put in on my wounds – and it worked! It worked so well I couldn’t believe it.

This was when my curiosity in how the earth heals us started to surface in me. I read all the books I could get on natural remedies and herbs and there you go, I was almost an expert after a few months. The army got a little boring so, during my free time, I would go and befriend a lot of the elderly people on the island – because they are the true experts. It was just like when I was a child: the elders knew everything about the herbs around Greece and how to use them; they knew all the myths and old traditions that were taught to them by their parents – only now I was ready to listen and learn from them. 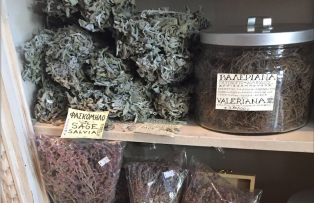 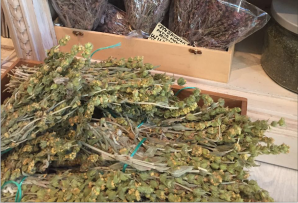 Eventually I’d served my time in the army and was allowed to go back to society. When I arrived in Athens I met my family for the first time in a long time. It was precious. In Greece family is everything, so you can only imagine what I felt. I wanted to make them proud and start up a successful business so I tried to open up an e-shop to sell electronics. It didn’t work out as well as I had thought. So I hopped from job to job for a long time and wasn’t going anywhere until I decided to stop; until I decided to do something for myself, something I actually love. And boom. I knew what that was: herbs! 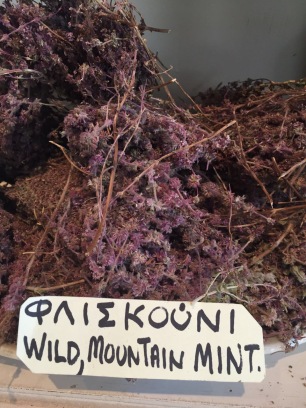 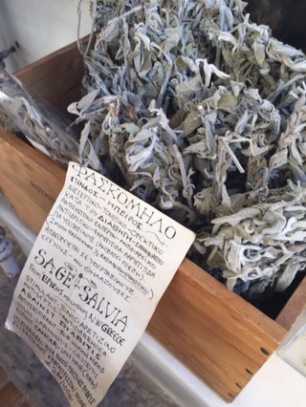 I had a vision of opening up a shop full of natural medicine of every kind. I called up my closest companion I made in the army to see if he wanted to join in and he was just as excited as I was. With the very little we had, we miraculously got a supplier of natural cosmetics and oils to let us represent them in Greece. And it went on from there. It grew in so many ways. You see we don’t just supply people with natural options, we inform them, we give seminars on how to make your own products at home, we share all that we know about which herbs and oils are good for what, and people love it. It was my dream to have the old traditions being used by the modern public and it happened; it is happening right now with you in my shop. You see, the elders know; they understand what is so hard for us to hear as a disattached generation, and it is such a joy for me to be sharing what they showed me with everyone and anyone how wishes to hear. It is so import that people go back to the earth and the beautiful treasures she gives us, and I can see that slowly by slowly, we are remembering. I feel good now… purposeful, because I know that I am helping in a way that I love, in a way that is my passion.

And that was his story, the short yet memorable version.

I asked him one last question, just to close the beautiful exchange of time.

“Life is hardship, but there is also joy. If you have been through a lot of grit and pain it is okay. You can start from zero with the pain only being a teacher and not a punisher. Never play the victim when things get hard. Just feel who you are and what you love. Show yourself first, and then show the world.”

6 thoughts on “A Working Class Hero is Something to Be”