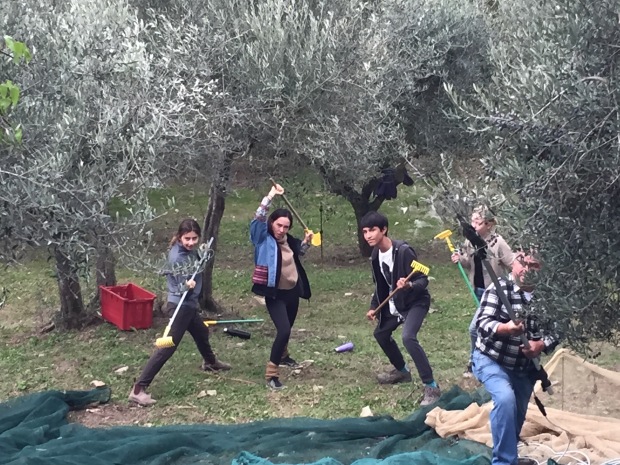 TEAM FIRE is on olive duty looking like ninjas

On Saturday, the whole group took a walk to the nearby olive mill, where we were able to see olive oil being made from the olives we helped to harvest. This mill serves the whole community, and people pay to use it in olive oil, which is then sold on site. Stacks of olive are taken in large crates, and are separated from their stems in a turning tube-like machine, then the olives fall through a chute where they are washed, and ground into small bits. The olive flesh is then pressed into olive oil. We were lucky to eat some locally made bread with our olive oil and a sprinkle of salt. While it had a bit of a bitter and smoky taste (due to the fact that it hadn’t settled yet), it was very satisfying to be eating something which we had put so much work into. Last but not least, as not to waste any part of the small but mighty fruit, the pits are used to heat the mill. 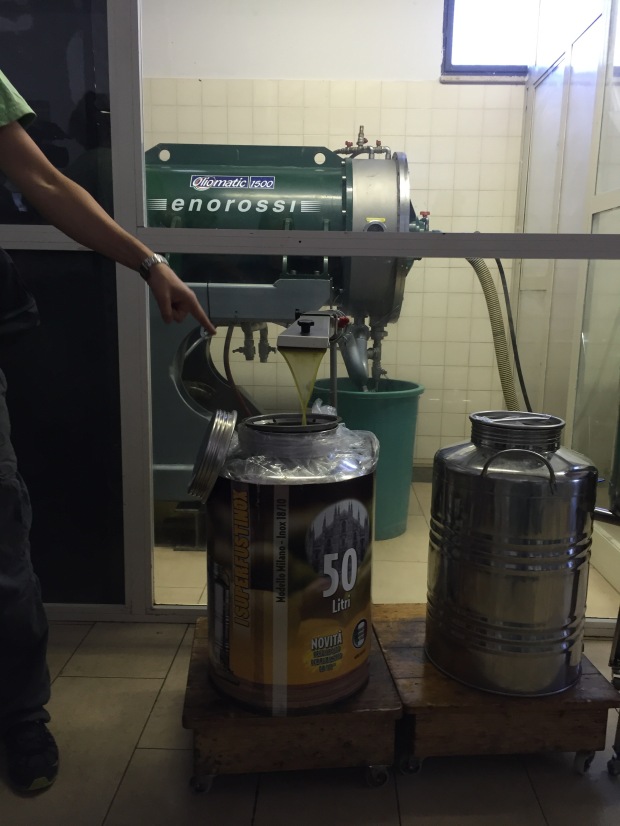 The walk there was scenic, brisk, and quite long, but we enjoyed it thoroughly. On the way to the mill, we passed an old brick tower, which conveniently had three deck chairs sitting right across from it. 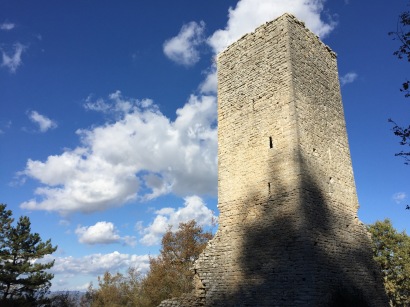 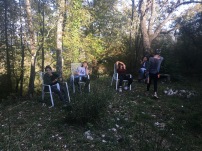 Taking a break in the deck chairs! 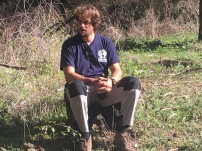 Nicolo in his element

We also saw a spiral of stone ruins, and Filippo told us that they were older than the Roman Empire. Once we climbed over and around them, we were met with a picturesque view of the Umbrian countryside. Though our walk back to the farm was not as full of natural beauty, along the way we found a little ledge, looking over into a valley. One fairly loud person quickly realised there was an echo, and not before long, we were all shouting into the chasm.

One thought on “A Mill and a Half”