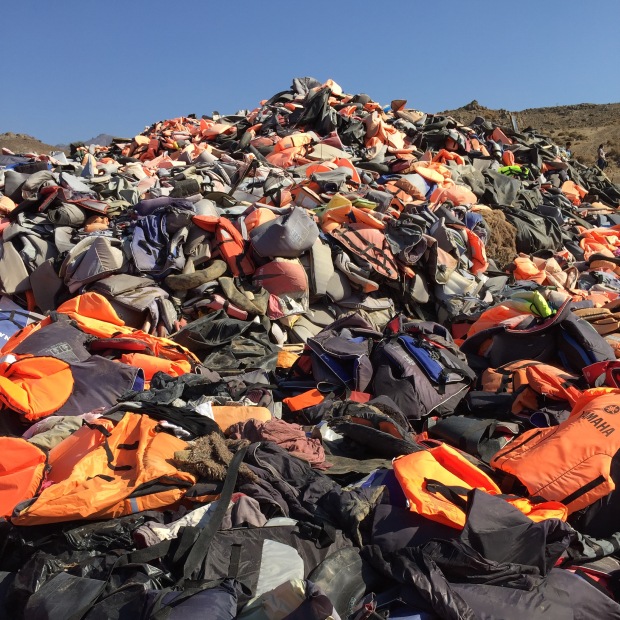 We stood before a hill, a construction of survivors and of the ones that had their lives taken for the call of new start in a country that they have never been to, to a safe home. As we looked upon the view of orange, grey, red and baby yellow life jackets. The echo went through my head of the stories that we heard from people that have impacted us, most of them were about the year of 2015, but people that try to flew their country in search of a new one is not a new phenomena it’s been going on since the beginning of man time. If the place that you live in is not safe, not liveable anymore, what is wrong with leaving, moving on, finding a new home. In the high time 2015 which was the one of the hottest summer since a long time, the boats of people started to arrive more and more often. At the start of the crisis, about one boat a week arrived, then one a day, at the high point it went up to seven or eight a day and that is around 400 people every single day. Not on the whole island of Lesvos, ow no that is on a 300-meter long beach from a hotel. I do not know how many arrived on to this island totally, we could maybe figure it out by counting the life jackets from the dump.That would only give us a statistic of the people that are here, how would that help them.

As we scavenged through the dump, we took out the foam from the life jacket (if it had any) and smushed them into rice bags, we took out a pocket knight and started cutting out pieces. Why not, we can use it better than it to rot there and to disintegrate, eventually the place will be turned into a landfill, that day the jackets will be out of our view, but hopefully not out of our minds. Each jacket is a life, Ibu Jacky Pye our science teacher estimated around 1 million jackets. 1 million, teachers, mothers, fathers, doctors, artists, lawyers, farmers, engineers, musicians, students and children. People like you and me.

There is always a something that fuels these people to move on, it is conflict. The other day we had a movie night were we watched Disruption, a very touching movie. Before this we watched a short summery from John Green explaining what is going on with the refugee crisis. He concluded with a video of a small boy, I am guessing he was around the age of 13 not older. In his broken english he spoke a few impact full words “Just stop the war, we don’t want to go to Europe, just stop the war”. Until this key problem is not stop, people will keep on fleeing, keep risking their lives and the mountains will keep rising. We could open borders, but I really do not think that this is going to happen. What needs to happen is to stop fuelling the money into war, to end this channel. It might bring up the price for oil, but what do I know. Even if that happens we should be able to live with that. 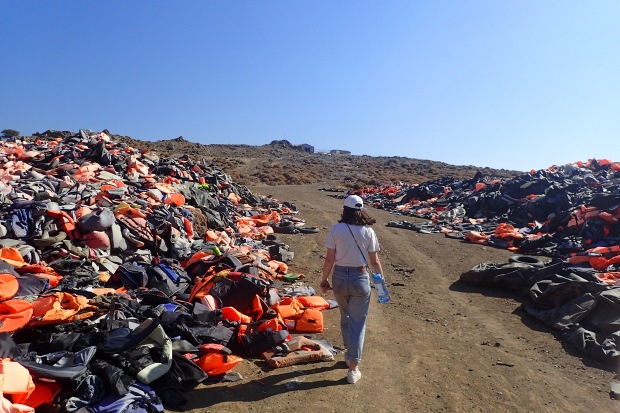 Image are from Roxana McDonald

One thought on “A Mountain of Life”